Ænon Corporate Finance advises NUNO GAMA in its cross-border growth strategy and is pleased to partner him for the 2017 Moda Portugal Showcase in Paris during the 2017 Paris Fashion Week.

NUNO GAMA is one the greatest designer in Portugal.

The brand Nuno Gama was launched in 1993 and is part of “ModaLisboa – Lisboa Fashion Week”. Alongside the development of its collections, he often collaborates in the creation of wardrobes for ballets and theater shows and develops uniforms for various entities.

In June he opens its new Maison Nuno Gama store in Lisboa, at Rua do Século, 171, where in addition to the usual collections, its clients can also enjoy the tailoring, atelier and barber shops.

On June 10, 2015, he is honored by the President of the Republic, Dr. Aníbal Cavaco Silva, with the commendation of the Infante D. Henrique Order.

In January 2016 he designed the new uniforms for the Lisbon Oceanarium and in March, in the context of ModaLisboa, he presented the autobiographical film « 50’s Nuno Gama » at the CCB. In September he presents the fall-winter collection 16/17 at the Gala celebrating his 50th & 30th career, at Casino Estoril, in favor of the Portuguese Red Cross. In the same month, the wardrobe of the piece « Força Humana » inspired by the Lusíadas is released.

Ænon Corporate Finance is an advisory company which aim is to help companies grow both nationally and international with a focus on strategic and financial advisory.

Ænon Corporate Finance has a strong expertise in the area of Luxury goods, Fashion and Textile.

The company has two offices, one in Paris and the other one in Lisbon. 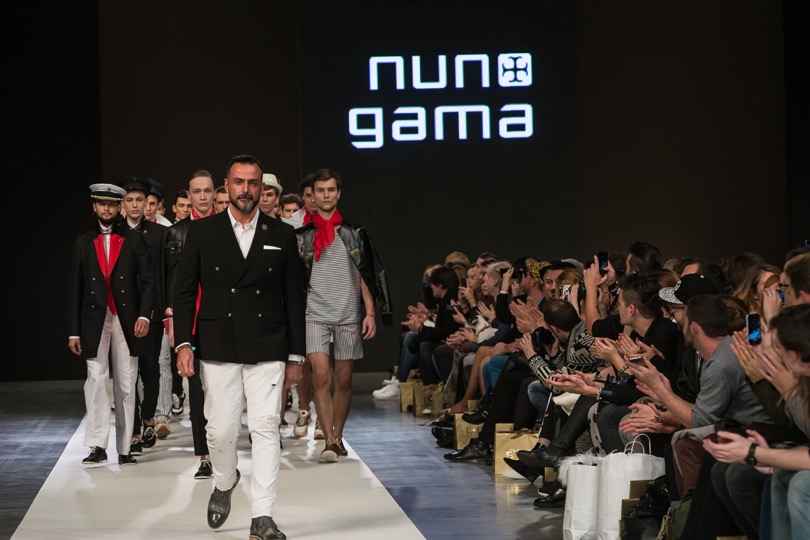